Debt Snowball: That's how I roll... 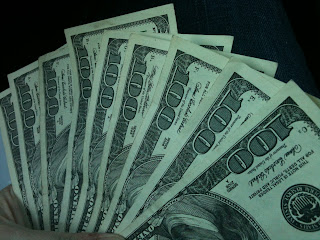 What's this, you ask? Don't get too attached...I sure didn't. I took it straight from one bank and plunked it down at another one. Dave Ramsey style. This week, MajD 1/3 was paid in full and I can already feel the shackles loosening a bit. It is a huge deal for me and I just wanted to share it with the people who care enough about me to read my ramblings. :)

And don't worry, I didn't do anything shady for this chunk o' change {well, unless you are one of those people who thinks teaching, spray tans, or MLM is shady; in that case, you can judge me all you want. I'll be too busy paying bills to even notice your disdain.} I just worked the Debt Snowball that Dave Ramsey talks about in Total Money Makeover. 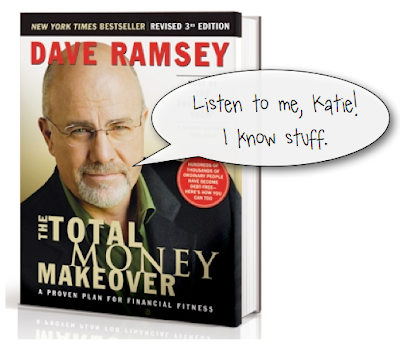 At first, it seems illogical to pay off the smallest debt first (sadly, my 'smallest' wasn't too small), but he is spot on when it comes to psychology. Because, although this debt's interest rate is higher than my student loans, walking in and paying it off gave me the taste of freedom. And my snowball starts to grow and pick up speed. So, one MajD down, 2 more to go. On to the next!

I have found the best way for me to radically stick to becoming debt-free is automatic withdrawal from my paycheck to a bank payment, before I even touch/smell/plot & plan for the green. Any other creative ways you've found to pay off your debt?
Princess and the Paycheck

*Holds imaginary microphone* Is this thing on??Wow, 5 months to the day of my last post. Do I still have any readers out there?? I will start by saying, 'hello there. nice to see you again.' Your response may {hopefully} be, 'wow. 5 months...where have you been, Katie?'Well, I'll start by telling you what I have NOT been doing while staying eerily silent this past Fall:

-vacationing in Fiji
-resting on my laurels
-in a whirlwind romance
-cleaning my house
-organizing my life
-relaxing of any kind
This Fall has been an amazing and very tiring one...and I've got lots to say about it! So, until more posts come with details, here is the gist of what I've been up to. I knew it was time to blog again when my busy sister said she wondered where I had been on the blogosphere (she rarely has time to read my posts when I post them, and then she catches up by reading them all in one sitting). So when my Princissy is all caught up on blogs, I'm def behind! Here's what I've been up to:
-Helping with my sister's wedding plans & DIY projects; she was an incredible planner & I just helped her make some of it happen {more to come on some of those projects--hopefully not in 5 more months. Ha!}
-Helping with my best friend's wedding in Orlando over the break; she, too, did incredible things and I helped her a bit in the final stages to pull some stuff together {more details later, of course!}
-I got bangs! Ok, that didn't take any work, but there it is.
-Teaching first graders how to read--for some reason, I've had a harder time with my attitude this year, so it has taken more energy than normal
-Arbonne Consultant--I have advanced to the second level of the company and trying to work hard at this second job to pay off my debts. The job is simple, but it ain't easy. VERY rewarding work, however.
-Bronzage--Last year, I started a mobile airbrush tanning business to help with debt, but never REALLY started. This summer, I registered it with the state as a business, and have officially 'launched'. All this to say: 'She works hard for the money!'      {I've always associated that song with strippers, but as it turns out, it is about a bathroom attendant. Ooops. Why I went there, I don't know.}

I am working tirelessly to pay off a lot of debt {student loans, dental & medical debt, and a few other dumb purchases when dumb credit card companies gave a broke teenager plastic money}. I have been paying it off for 15 years and I'm tired of it. I got all gazelle-intense about it (as Dave Ramsey would say) and I'm seeing the light at the end of the tunnel. This month, thanks to 3 jobs, I will pay off Major Debt #1 out of 3.  I have been paying MajD 1/3 for at least 8 years, but transferred it to a bank loan and have been paying them since 2008. I can't wait to march into DATCU with that final payment in a week! Like I said: light.at.end.of.tunnel. Here I come!
Princess and the Paycheck 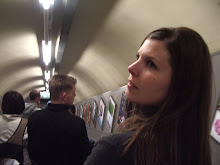